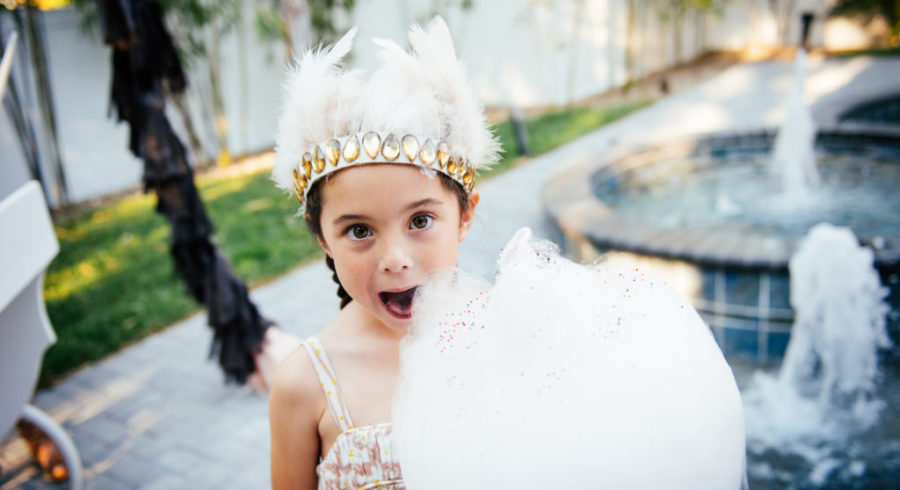 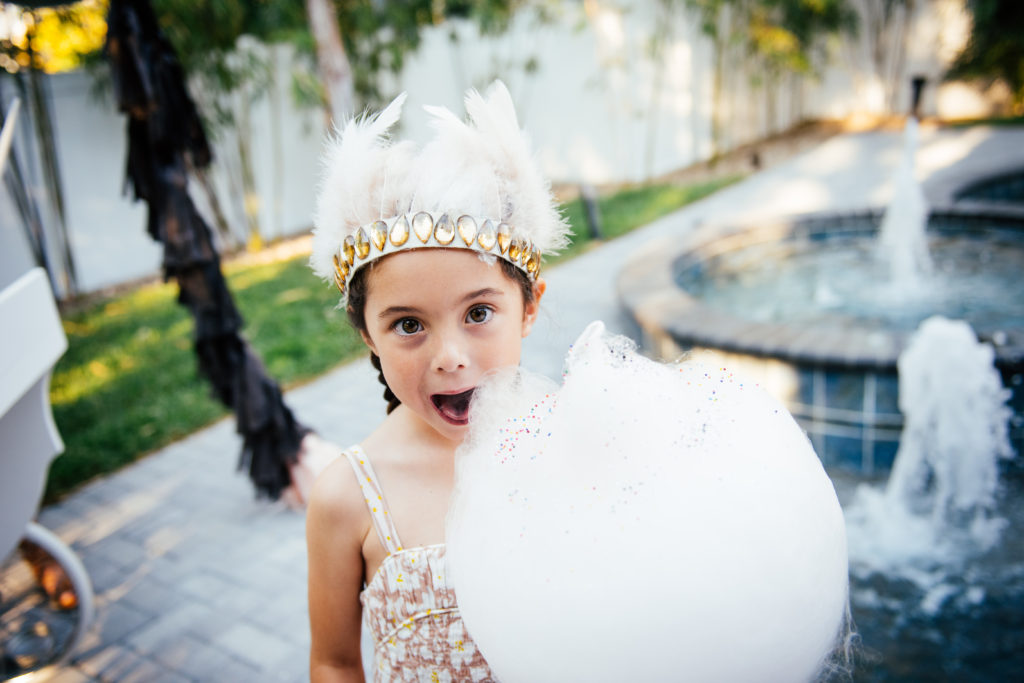 F L U F F.  I often get asked how I came up with the idea of the “Modern Fluff’ cotton candy cart. It’s simple really, I am a mom to a 6-year-old, I love planning her birthday parties, and I am always looking for fun and DIFFERENT things to add to her parties. A couple of years ago I planned a Unicorn Birthday party for lily, she really wanted cotton candy for her and her little friends. I mean, unicorns and cotton candy are THE perfect combo. So, I started doing some research on rentals and then I thought “Oh Pinterest” it just never disappoints, and one thing led to another. I ended up renting a pretty generic and not very pretty cotton candy machine from a local vendor. Why? Because there was ZERO-NADA nothing else out there, I am not bashing the rental place it wasn’t their fault, thats just the look of cotton candy machines. I made a cute “Cloud Fluff” cotton candy backdrop just like I saw on Pinterest and tried my best to make it look cute, and draw the attention away from my rental item. When we received our rental, first it did not have the bubble cover (basically helps keep all the fluffy stuff inside and not fly away all over the place) my husband was in full cotton candy duty and it was just a mess. Kids loved it of course, kids love anything with sugar. Which leads back to my research. I like to think that i monitor lily’s sugar intake (except for when she visits grandma, no comment there) obviously, birthday parties are ALWAYS full of sugar, but to my surprise one cotton candy fluff takes about 1 tablespoon of sugar if not slightly less, that’s like 90 calories? WHAT! I know, right? I was shocked myself.  Now, I am all pro cotton candy. So fast forward a year later, and another birthday party to plan, I start to think…. because I think a lot, like a lot!! I start doing some research and decide to build my own, not literally, more like design my own cotton candy cart. I finally find someone to build my not so pretty sketch and basically tell him what I want, lots of $ later I have my pretty “Modern Fluff” cotton candy cart. It took longer than I had hoped for just like custom items tend to, therefore it did not make it to lily’s spa party. By that time, I had created The Modern Girl Party & Co. and I thought it would be a great addition to add to our pool of services for all those mom’s and party throwers out there! I am proud to say that this year, lily will have the cutest cotton candy cart in Sarasota at her birthday party!! 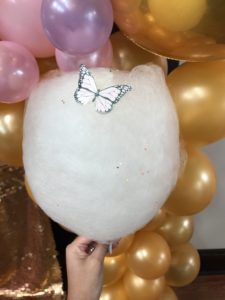 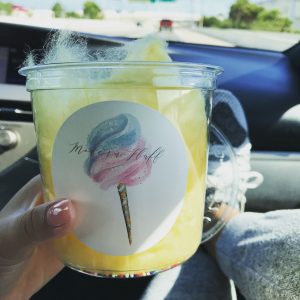 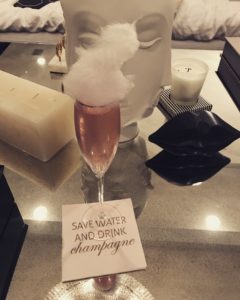 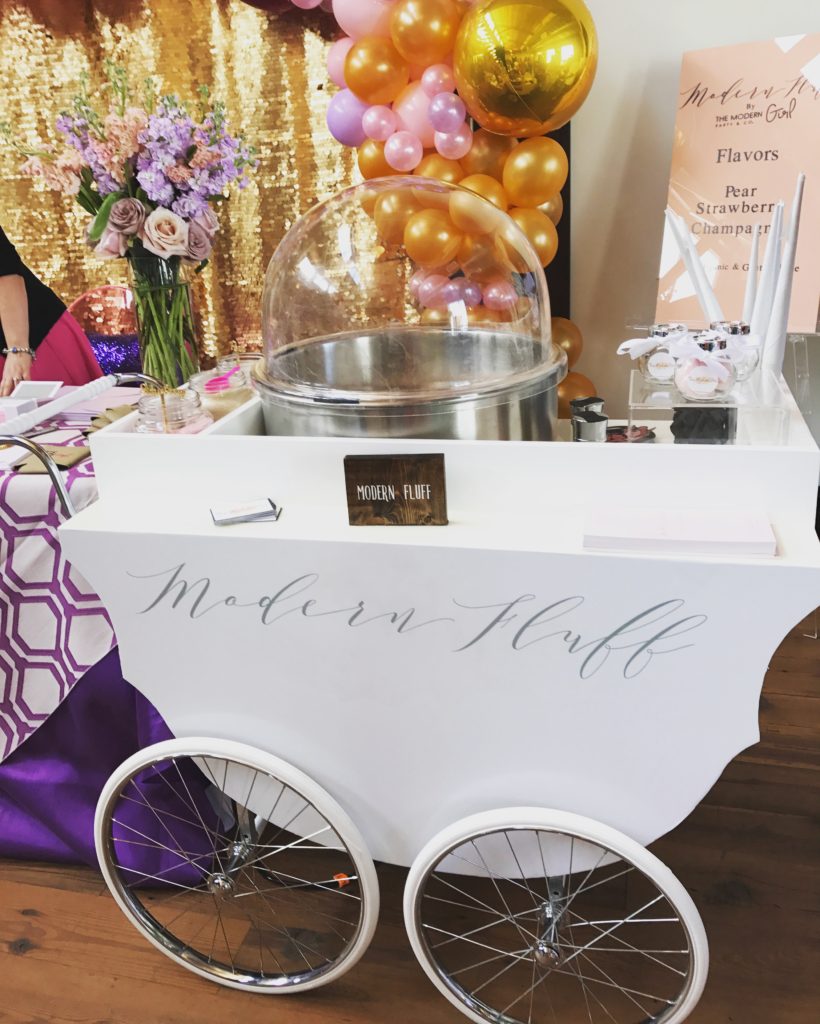 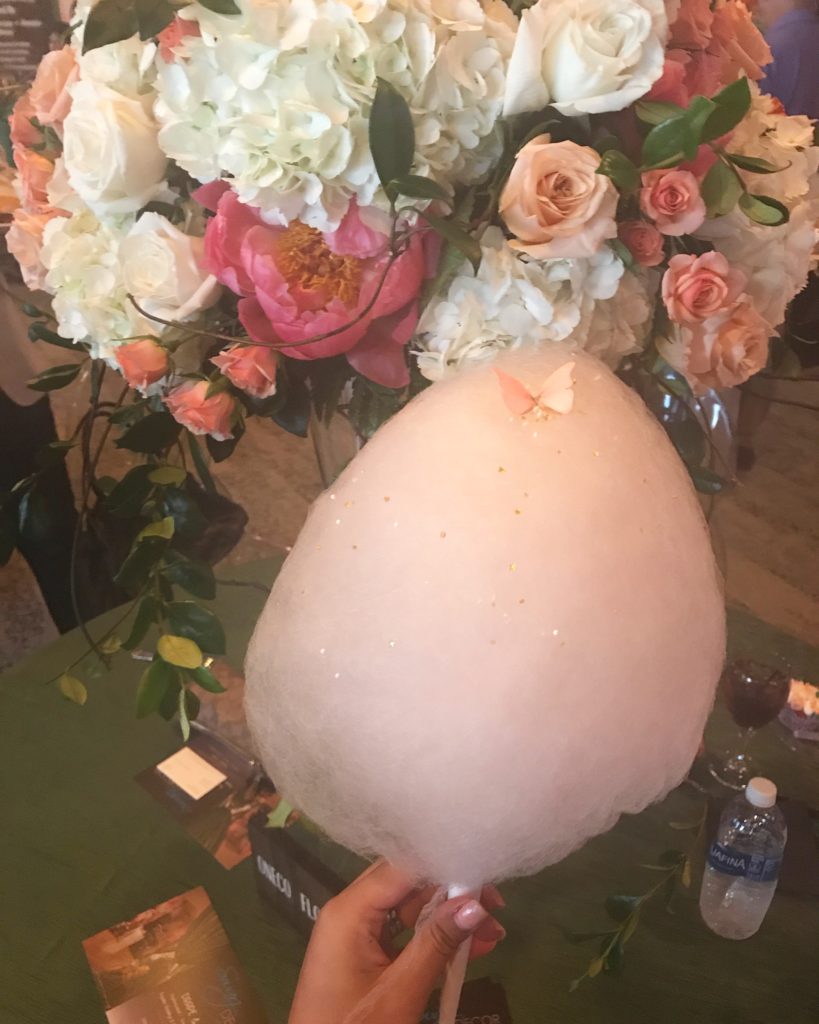 The number one question we get is what makes our cotton candy organic & gluten-free? Simple- the base of all our flavors is ORGANIC cane sugar. Our Fluff barely has any coloring, but when it does it is vegan vegetable or fruit coloring. Our 100% organic cane sugars are made to order, and therefore need a 2-week booking notice. We also add fun toppings to our cotton candy fluff, sometimes people’s reaction to toppings is confusion, toppings on cotton candy? Yup, we have toppings like; rainbow sprinkles, edible wafer butterflies, fruit crisps (which are my current favorite), pop rocks (Kids favorite), the list goes on. Some of our toppings are gluten-free and all natural. Modern Fluff is not your typical cotton candy service. Many of our flavors are unique and different from the norm. For example, some of my current favorites include: honey-rose, which is basically honey flavor cotton candy and rose flavor cotton candy spun together, it is heavenly and so delicate with just the perfect pinch of flavoring, a wafer butterfly adds such a nice touch. Another very popular flavor is our champagne flavor cotton candy, no, it does not have alcohol in it, it has a sweet and bubbly taste to it, we like to sprinkle our gold and white sprinkle medley on this yumminess. We are adding a few new flavors and seasonal flavors as well. Some flavors you can expect this fall and winter season are peppermint, pumpkin, chai tea, licorice, and egg nog. When it comes to cotton candy, there are many different ways you can eat it. A favorite way of mine is adding a little strawberry cotton candy to my rośe or champagne flute, at first I was a little hesitant after seeing pictures on Instagram, but not surprising at all as it was A-M-A-Z-I-N-G. So amazing that we will be doing the same thing at Wine Women & Shoes for hundreds of lovely ladies this fall in sarasota at The Ritz Carlton, come say hi!!!

Become a part of our community!
Registration complete. Please check your email.
Lost your password?

Recover your password
Password reset email has been sent.
The email could not be sent. Possible reason: your host may have disabled the mail function.
Log in
×